As the founder of both Vascular BioSciences and VBS Pharmaceuticals, Mr. Mann has led Vascular BioSciences since its inception in 1995, and VBS Pharmaceuticals since 2004. Mr. Mann is the inventor of the endoarterial biopsy catheter and co-discoverer of CAR peptide’s utility for pulmonary hypertension, sepsis and other diseases. Mr. Mann has been awarded over 30 patents both U.S. and foreign, is an author of 18 scientific publications, and has been awarded 10 highly competitive federal and state research grants totaling $5.8 million as the Principal or Co-Principal Investigator. David Mann holds an engineering physics degree from the University of Colorado, Boulder.

Mr. Foster has over 30 years experience in corporate management of medical device development and manufacturing companies. He is the founder and former owner of Avalon Laboratories, the world‘s largest OEM manufacturer of heart cannula used in cardiac surgery. He founded the company in 1990, sold it to Medtronic in 1996 and repurchased it from Medtronic in 2002, and sold it to American Capital in 2008. Mr. Foster is also the former president and principal shareholder of Polaris Plastics, a diversified plastic molding company, currently a division of Mark IV Industries. Today, Robert Foster serves as the chairman for MC3 Cardiopulmonary, a leading healthcare device provider that specializes in cardiopulmonary treatment.

Distinguished Professor and Director of the Vascular Mapping Center at the Burnham Institute for Medical Research at the University of California Santa Barbara, Dr. Ruoslahti is an internationally recognized scientist in the areas of vascular targeting peptide technology, vascular biology, cell adhesion, and tumor biology. Dr. Ruoslahti served as President and CEO of the Sanford-Burnham Medical Research Institute from 1989 to 2001, has published more than 400 scientific papers, and is the inventor of more than 150 patents. His inventions form the basis of two clinically used drugs as well as several that are under development. He has co-founded several biotech companies and has served as a director or advisory board member of these and other companies. His honors include: elected membership to the U.S. National Academy of Sciences, Institute of Medicine, American Academy of Arts and Sciences, and the European Molecular Biology Organization. He is the recipient of the G.H.A. Clowes Award, Robert J. and Claire Pasarow Foundation Award, Jacobaeus International Prize, The Jubilee Award given by the British Biomedical Society. He was a Nobel Fellow at the Karolinska Institute in Stockholm in 1995, and is an Honorary Doctor of Medicine from the University of Lund, as well as a Knight of the Order of the White Rose of Finland. Dr. Ruoslahti is the recipient of the 2005 Japan Prize in Cell Biology.

Dr. Masanobu Komatsu is an associate professor and cancer researcher at Sanford-Burnham Medical Research Institute at Lake Noma with a focus on the biology of angiogenesis, with particular interest in the vessel maturation process. Dr. Komatsu seeks to understand the process of abnormal blood vessel remodeling and regeneration, and through this knowledge, to develop effective interventions for vascular disorders and vascular complications. His other area of research is to develop novel vascular targeting strategies for the delivery of therapeutics and imaging probes in various human diseases.

Dr. Kalju Kahn counts with 30 years experience in computational chemistry and drug design. Dr. Kahn has published more than 20 journal articles and has been awarded three grants for computational design and infrastructure, one from the Christopher Reeve Paralysis Foundation for computational design of putative neuroregenerative drugs. At the University of California, Santa Barbara, he is a tenured lecturer in the biochemistry and chemistry departments. He focuses on theoretical chemistry methods to predict molecular properties and experimental design and optimization.

Currently a bioinformatics specialist at The Scripps Research Institute, Dr. Roy Williams works on data analysis (microarray and proteomics) and genome annotation. With 15 years of experience, Dr. Roy Williams is an internationally recognized pioneer in genomics, microarray technology, and the computer-based analysis of complex genome-wide datasets. He has a focus on large-scale analysis of microarray datasets and next generation sequence data analysis.

Abraham Rothman is professor of Pediatrics at the University of Nevada School of Medicine, and physician at the Children’s Heart Center Nevada, Dr. Rothman is our Chief Interventional Clinical Investigator for our endoarterial biopsy clinical trials His involvement in the pediatric cardiology field for more than 20 years earned his status as a nationally acclaimed pediatric cardiac interventionalist, pulmonary hypertension expert, and one of the Best Doctors in America. Dr. Abraham Rothman was the Chief of Division of Pediatric Cardiology at the University of California, San Diego for fourteen years and has published over 100 scientific articles. He has had over 10 years of experience using the endoarterial biopsy catheter.

Mr. Kluth has 32 years experience in all aspects of regulatory affairs and quality assurance for the medical device and pharmaceutical industries. Mr. Kluth has extensive knowledge and experience in applying FDA and international regulations including GLP, GCP, GMP, ISO & QSR for the design, development, validation, clinical testing, manufacturing, product launch, post-market surveillance, auditing, compliance, and inspections of medical devices and pharmaceuticals. Mr. Kluth is currently the assistant director for the Center for BioPharmeceutical and Bio-device Developement at San Diego State University.

Dr. Susana Peinado has more than 10 years of experience in writing, marketing, and corporate communications. She has previous experience working for government contractors and participating in health communication and research projects for federal government agencies, including the Agency for Healthcare Research and Quality, the National Cancer Institute, and the Centers for Disease Control and Prevention. Dr. Peinado has also participated in contract and grant proposal strategy development and writing teams and developed strategies for government-sponsored communication campaigns. She holds a B.A. from Grinnell College, an M.A. in Communication from Johns Hopkins University, and a Ph.D. in Health Communication at the University of California, Santa Barbara.

Mr. Mann has extensive experience in contract negotiation, purchasing, and procurement. He leads negotiation efforts on purchase agreements and vendor contracts and monitors suppliers’ performance to ensure quality of products and services. Mr. Mann is also involved in building strategic relationships with vendors and suppliers to increase the cost-effectiveness of expenditures for the company. He also leads lease negotiations and sourcing of difficult to find components. Mr. Mann has a B.A. from the University of Colorado, Boulder.

Dale B. Shimato, Director of Design

Mr. Shimato has 15 years experience as an artist and illustrator. Mr. Shimato has extensive knowledge of all areas of graphic design and production. Mr. Shimato has continued to follow his fine art path while making significant contributions in commercial art. Mr. Shimato holds a B.S. degree in Applied Art and Design from Cal Poly State University at San Luis Obispo. 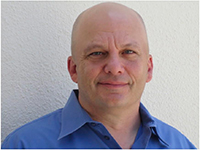